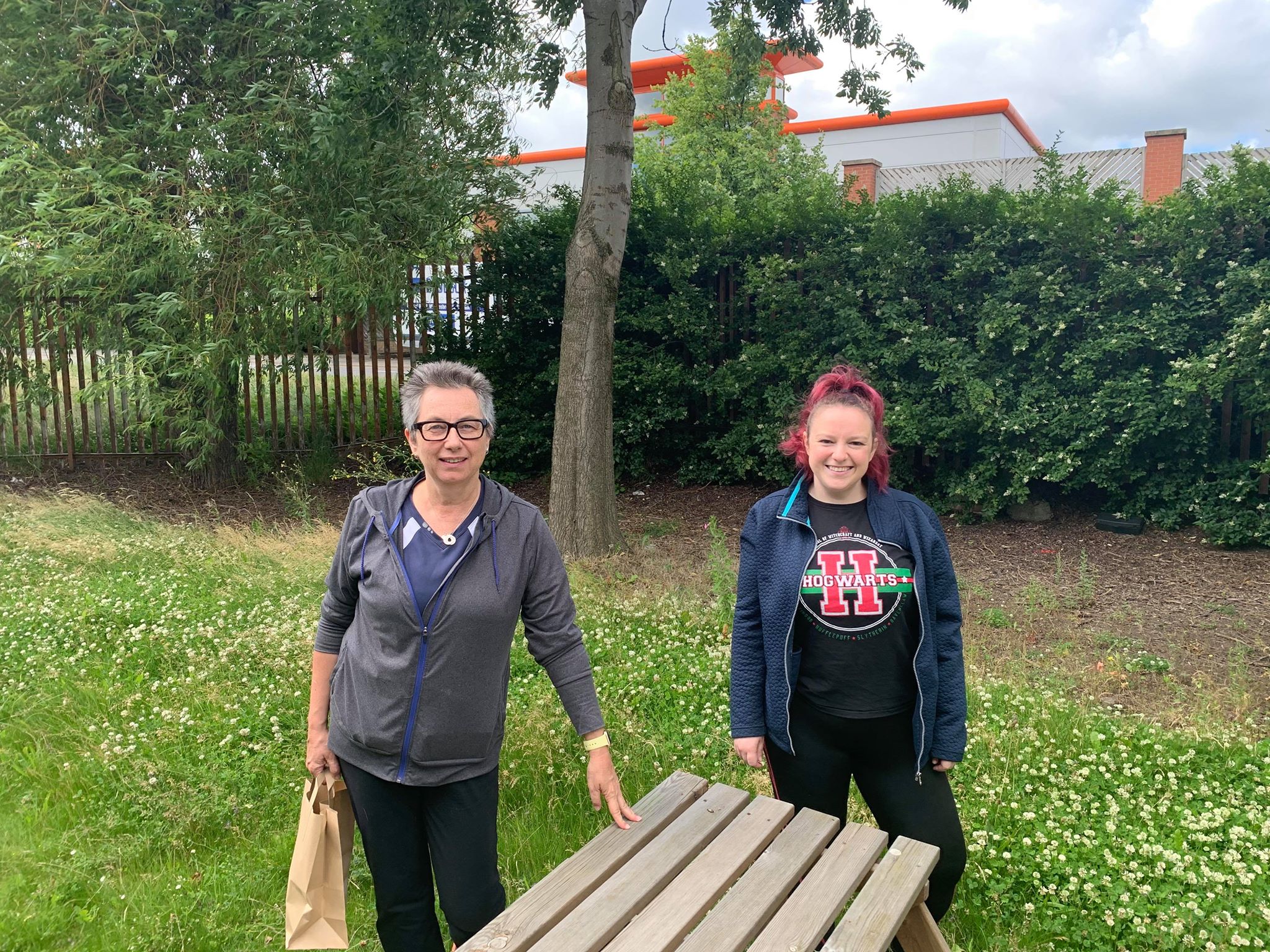 Gill – “I can’t remember a time when I didn’t walk into things or fall over. I spent my childhood covered in bruises. I was “double-jointed” and my party trick was doing the splits and bending my fingers into odd contortions. The fatigue and chronic pain started in my teens. I had my feet x-rayed and my blood tested for sleeping sickness (I’d spent 7 years living in Africa). Doctors concluded that the pains in my feet were due to inappropriate shoes and the fatigue was because I was a hypochondriac so I learned not to talk about my pain and fatigue, I just put up with it. After my second child in 1994 the pains in my hands, feet, neck and hips got me referred to a rheumatologist who told me I had hypermobile joints which “can cause pain”. After about of pneumonia (my second) and pleurisy in 2012 my fatigue and pain levels were so bad that I was again referred to a rheumatologist who diagnosed Hypermobility Spectrum Disorder and fibromyalgia and sent me to physiotherapy and a psychologist. At last, someone had taken me seriously! However, I was told that there was no “cure” for either and I’d have to learn to live with the pain and fatigue. I came across The Fibro Guy on Facebook several years ago and began to follow Adam’s journey as he built his business and reputation, and began to believe that there was a way of getting rid of the pain and fatigue. So it was wonderful when Adam and Jess opened a branch of The Fibro Guy in Middlesbrough! I can honestly say that meeting Jess has changed my life. Over the past 12 weeks my fatigue has disappeared and my pain levels have decreased so significantly that I no longer think about pain. I’ve learned to enjoy exercise, and how to move my body properly and efficiently. I am learning to be less clumsy! Thank you, Jess, for your patience and humour. I’ve looked forward to our sessions every week – we’ve worked hard but laughed lots too. You’re wonderful”

“When I first met Gill she was in a lot of pain, struggled through every day like she was “wading through treacle” and frequently fell over. She was clumsy and uncoordinated that she was the laughing stock of her yoga class. Unfortunately, just after starting the program we went into lockdown but Gill showed true determination and carried on her sessions via video chat. It was a true pleasure to call Gill twice a week and watch her regain her energy, her stability and her life. Recovery is a difficult road for anyone but it was especially tough going for Gill being unable to have sessions in person but she grabbed the opportunity for a better quality of life and worked incredibly hard to achieve it (and I did not go easy on her!). In the final session Gill asked if we could do some weight training as it was something she didn’t think would ever be possible for her – now she is confident with the BIG dumbbells and the barbell and I couldn’t be prouder! I can’t wait for Gill’s yoga class to resume so her friends can see the difference she has made and give her the praise she deserves, as she now no longer has to live with chronic pain or fatigue. Well done Gill, I miss you already!”