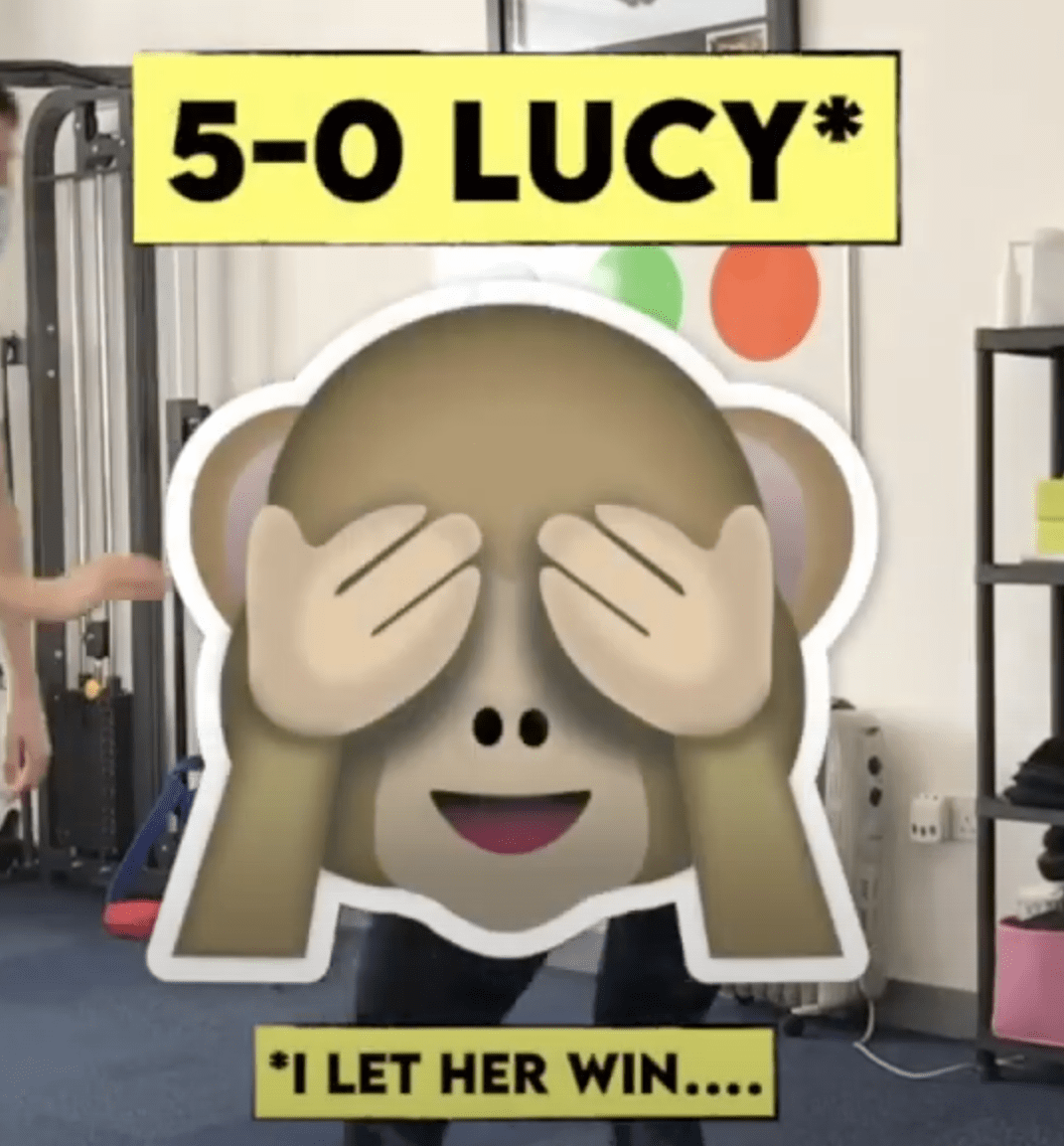 I felt an immediate bond with Lucy when we first met in person, under the guise of a delicate young woman I could see a badass trying to break out!
Lucy reminded a lot of Fibro Guy Adam when he was ill, in that she had been given so much misinformation about pain and indeed her body, that it spiralled her into a never-ending cycle.
She was very cautious about her neck, so much so that she was almost frightened of moving, as she knew what the payback would be.
Working together Lucy soon realised that she wasn’t made out of glass, and that’s when the real progress started!
She was quickly doing things she never thought she would ever be able to do, she forgot about the back and hip pain as they started disappearing, and a new Lucy started to emerge.
It took some time, with plenty of sweat, blood, and tears (and Lucy’s poor boyfriend Ben taking a beating in the studio

) as Lucy soon got to the point she could wrestle without worrying about her neck.
Lucy is now one of the strongest women I know, not just physically but mentally.
Well done Lucy, keep up the good work I’m super proud of you! From being worried about your neck to almost pulling my head off when we wrestle, who would have thought?
And a special mention and thank you to Lucy’s boyfriend Ben and Dad Aelred for their continued support through Lucy’s journey.
Keep smashing it Lucy!
Paul
The Fibro Guy Leeds
Share Post
Previous
Next