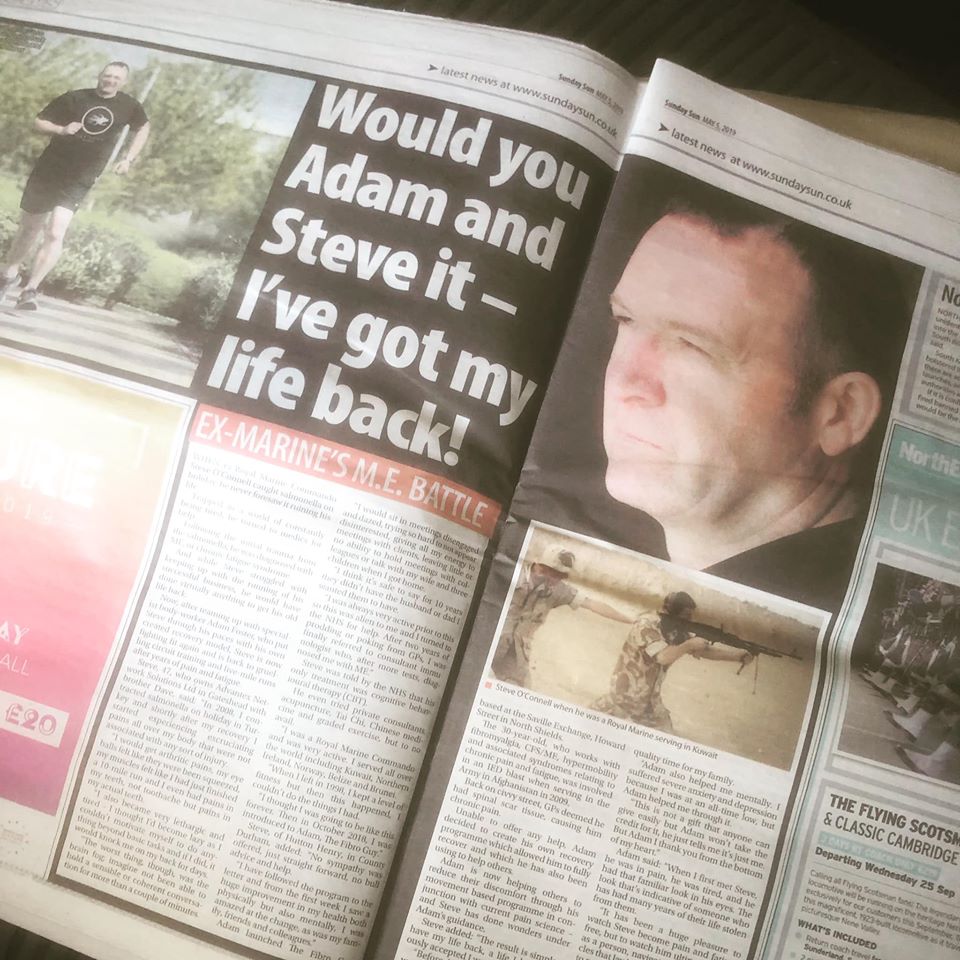 In 2008 Steve contracted salmonella on holiday and shortly after started experiencing excruciating pains that were not associated with any sort of injury. He became very lethargic and tired. Steve was always very active prior to this, so this was alien to him and he turned to the NHS for help.

After 2-years of prodding or poking from GP’s, he was finally referred to a Consultant Immunologist who, after more tests, diagnosed him with ME. The NHS told steve that his only treatment was CBT.  Steve tried everything, private consultants, acupuncture, Tai Chi, Chinese medicine, Graded Exercise and to no avail, eventually, he wrote himself off, thinking he would be like this forever. Then in October 2018, Steve walked through the Newcastle Fibro Guy studio.

No sympathy was offered, just straightforward, no-bull individualized recovery help, that delved deeper than anyone had ever gone before.

Steve followed his program to the letter and from the first week saw a huge improvement in his health both physically and mentally. He was amazed at the change as was his family, friends and colleagues. The end result was simple, he had his life back.

Stevens recovery was also picked up by the local newspaper. You can read Steve’s story here.