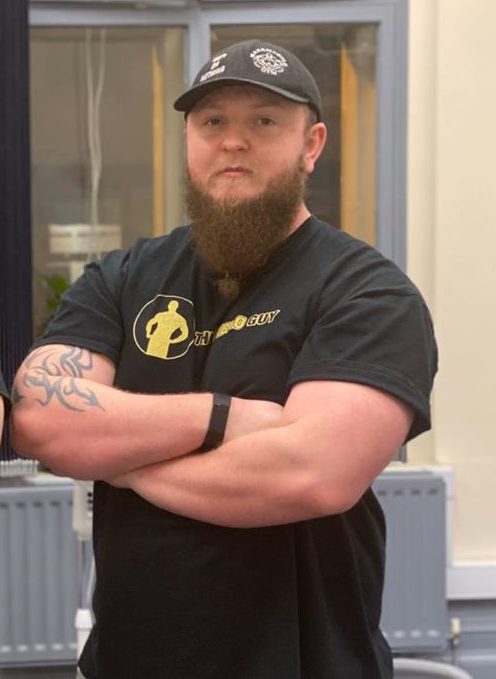 Adam is the Founder of “The Fibro Guy” and over many years has created the framework that all practitioners work from. Adam has developed programs for those suffering from Fibromyalgia, Ehlers-Danlos syndrome, Hypermobility, Mobility problems, Migraines, and Chronic Fatigue Syndromes (CFS). Adam has worked with hundreds of individuals over the years and has been featured in the press and on the television multiple times with his clients to share their incredible stories. Adam is an Author, co-writing the book “No pain, No pain” with his ex-client, full fibromyalgia recovery and success story DR Mairi Harper. Adam has also guest spoke at multiple events and worked with many charities in the Uk, whilst also producing the documentary “The Invisible Monster” an upbeat documentary highlighting some success stories of people with chronic pain. After being passed throughout the NHS, Adam knows first hand of the difficulties that those in chronic pain face, being a sufferer himself many years ago.

In 2009 Adam was involved in an I.E.D blast whilst serving in Afghanistan, with his regiment the Household cavalry. Members of Adams troop received injuries, but Adam escaped relatively unharmed (other than a little bit of whiplash) and returned to civilian life after his 2009 tour of duty. However, a few months into civilian life, Adam became increasingly unwell over a very short period of time. Adam would suffer from daily cluster and tension migraines, fatigue, chronic pain and he lived with the constant fear that the slightest movement would injure his neck further, and possibly leave him paralyzed. NHS specialists deemed that the most likely causes of his pains were due to scar tissue built up from the initial whiplash injury. However, this was not the case.

At Adams’s very lowest point, when he had exhausted every known resource and alternative therapy, tried every pill and potion, every gel, treatment, and counselling option, he almost gave up trying.

After finding that large amounts of Tramadol and frequent Chiropractic sessions were only masking the pain, he realized he had to do something about it. At the time the NHS was far too stretched and too tightly governed to be able to help him, so he set out to educate himself on human anatomy, the science of pain, biomechanics, connective tissue disorders, and human movement in general….. and anything he thought may help!

Over the next year, Adam created the very first iteration of his framework which gave him his life back, allowing him to live pain and fatigue free. And whilst Adam got many parts of his first framework right, and over the coming years many of the things Adam had figured out have indeed been researched and proven to be right, there was also a lot that Adam had gotten wrong.

Adam has spent the last decade challenging his own framework and trying to prove himself wrong, and in the end, it is this unbiased passion towards the truth that has truly tweaked the framework from its early stages, into the evidence-based and highly effective framework that it is today.