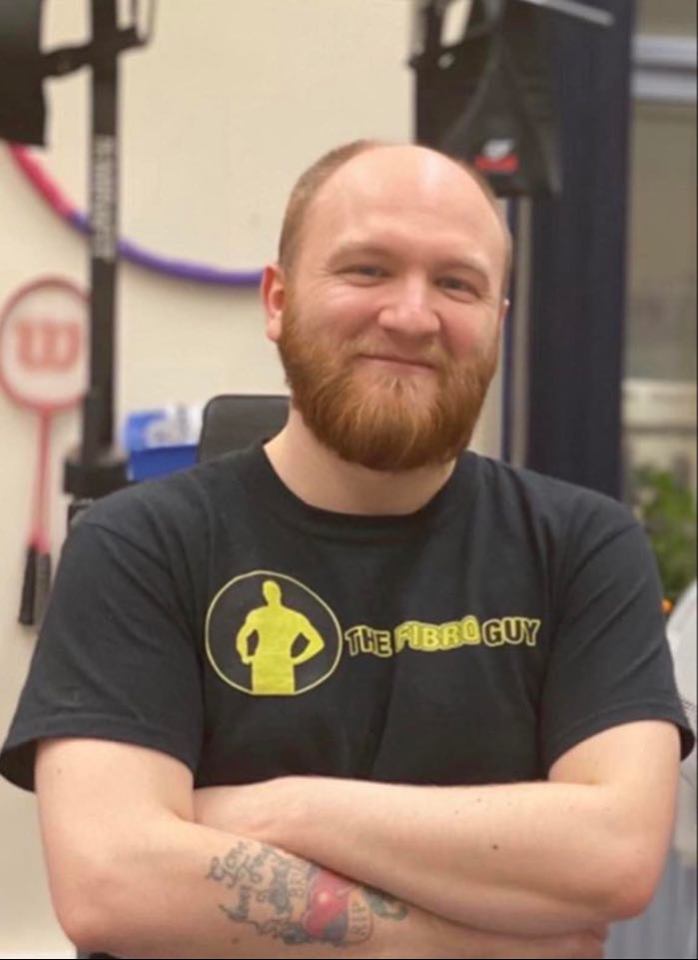 Back in 2012, Jonny was working in a retail job, as well as studying computing and gaming, and initially experienced pain in his wrists, first starting in his right arm, and then spreading to his left. Over the next year, he started to experience other symptoms; first during a run when he felt pain in his calves and heels, that would stay for weeks. When Jonny would walk, he would have pain in his heels. Jonny’s back pain then started in 2014 and started as intermittent. However, when Jonny would use a computer for extended periods or pushed himself with anything physical, his back would begin to burn, his shoulders and neck would hurt, and his entire body would go tight. Jonny soon began to develop even more symptoms, as his scalp and the sides of his chest and would randomly start to burn, and stay like that for a few days; longer if he didn’t rest.

The pain soon began to spread and Jonny set about trying to find a reason why. Jonny was forced to wear insoles as walking became too painful, and he slowly began to lose the use of his hand due to how painful they had become. Jonny visited many specialists and underwent many tests, but when nerve condition studies came back with nothing wrong, and MRI of his wrists showed no damage, he was eventually diagnosed with Fibromyalgia.

After attending a workshop with Adam in Edinburgh back in 2017, Jonny quickly began his recovery. And with a few ups and downs along the way, Jonny became pain-free within the year, and later joined the team in 2019.

Jonny currently runs the Edinburgh branch of The Fibro Guy.