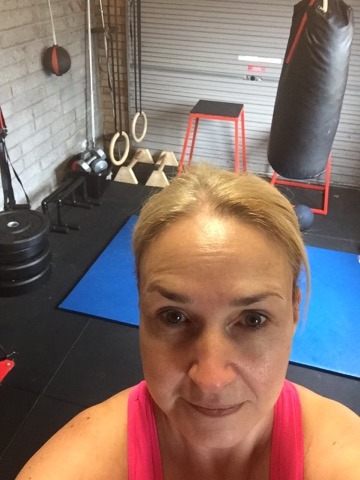 “I was first diagnosed with Fibromyalgia in the early 1990’s, after about 6 years I would have said I had recovered. I lived a busy active life until the summer of 2014 when I became poorly again. I searched for ‘the thing’ that would fix me, going to lots of doctors, therapists and alternative therapists. When I first contacted Adam I was barely able to get up and down the stairs, could only walk short distances and was off work, again! After following The Fibro Guy on Facebook I had read about one of his clients who had gone from using a wheelchair to being able to run and I just had to get to see him. My husband and I travelled over to Newcastle from Belfast; I was panicking how I would get through the airport. As soon as I met Adam I felt so comfortable, he listened to my story and explained his. It felt amazing just to speak to someone who understood and who had been through the same problems but could offer some hope. When I left my workshop I felt lighter than air, I was walking better and had so much confidence in the programme I was about to start. After my 1st session at home I felt great and faithfully did the programme for several weeks. I had more energy and very little pain. This is where i admit I fell off the wagon! I think I got cocky as I went back to work. I forgot some of Adams lessons; of course, I was going to be tired, I was doing loads! As pain began to creep in after a couple of weeks, I did 1 ‘pin and press’ session and the pain went. This is as all I needed; this stuff really works! I got back on the wagon and finished the last stage of the programme. I am now feeling good, back at work and maintaining physical activity a few times a week. I’m so grateful to Adam, he supported throughout the programme ready with an encouraging word or a kick up the behind! Adam has changed my life, I’d encourage anyone to give to a go. It’s not easy but it is more than worth doing.”