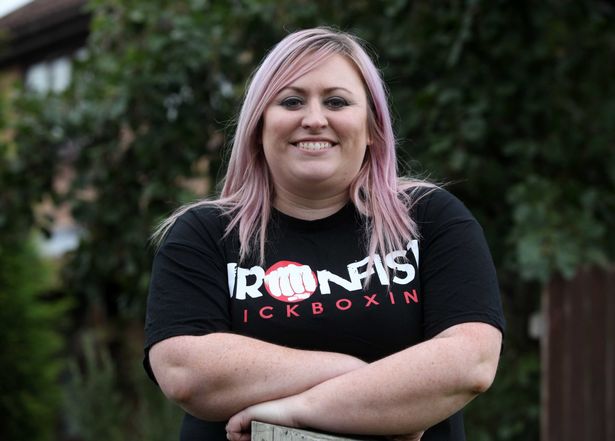 When former world champion kickboxer Becky Thompson had to ditch her sport after injuring her leg, her world fell apart. In so much pain, she even contemplated having her leg amputated as she faced a cocktail of medication and dozens of hospital visits in a bid to cope. On painkillers and undergoing lumbar injections, she was told her muscles were wasting away and to basically accept how she was. Prone to falling due to her leg not being stable, Becky was at her whits’ end. And for more than four years the 30-year-old endured the pain with the next step being a spinal simulator. But after teaming up with the Fibro Guy team, who have given her mental and physical support along side designer her an individual rehabilitation programme, she is now back to kickboxing and doing what she does best.

“It was the worst time of my life,” said mum-of-two Becky, of Burnhope, County Durham. “I was in so much pain I kept saying I wanting my leg off. I even asked a doctor if I could have it amputated but he said I would still have the pain, but that’s all in the past now, I am not in pain anymore”