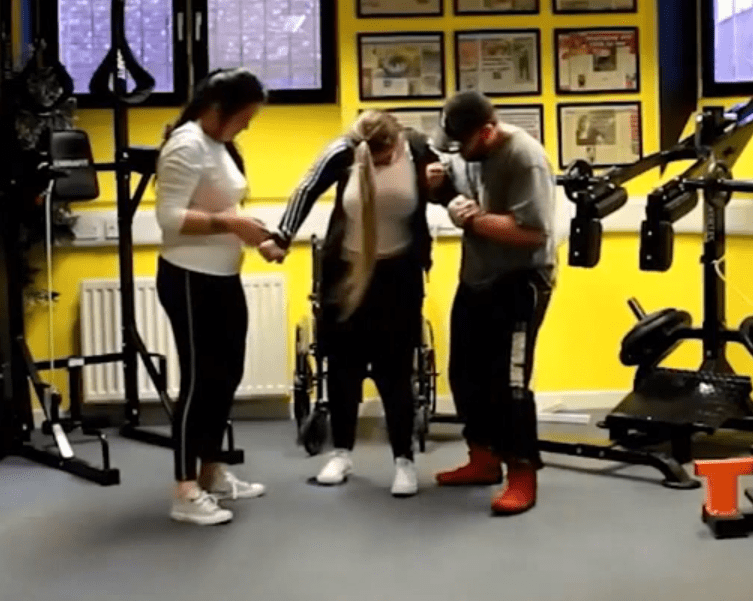 “An MRI scan revealed an awkward fall in December 2016 triggered a brain condition called Chiari malformation – a condition in which brain tissue pushes into the spinal canal, causing acute pain and long-term neurological problems. Courtney was left wheelchair-bound and living in the family’s dining room, unable to get upstairs, after she was left with severe weakness following her brain surgery on October 5, 2017. Courtney was left with no feeling in her feet, body weakness and eventually, her condition became so bad that she was unable to bear her own weight, despite undergoing months of physiotherapy. But after just 10 weeks working with the Fibro Guy team, who put her through her paces with her own individual rehabilitation programme, she soon ditched her wheelchair and is literally jumping for joy as she as she is now learning to drive, working, and even competing in cheer leading competitions again!