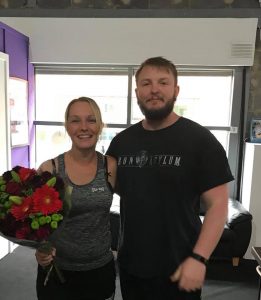 “I was recommended to Adam by a reflexologist I had visited and after looking at his blog and success stories, I felt this was the answer that I had been waiting years for.
I first fell ill seven years ago where I developed crippling fatigue, migraines, sore throats, brain fog and a lot of pain in my body overnight. At its worst, I had to crawl to move around the house as I didn’t have enough energy to stand up. This continued flaring up over the years, I also had tight muscles through all of my body, which caused burning pain which kept me awake at nights. On walking, I would get out of breath and was unable to get up more than one flight of stairs without having to rest to get my breath back and for the pain in my legs to calm down. At that point, although I was positive, there wasn’t any signs that I would ever get better or any other treatment planned to resolve the issues I had.
After the first week with Adam I could feel a difference and as I attended more sessions, my muscles stopped hurting, the burning sensation went and four weeks on I haven’t had any episodes of fatigue, sore throats or headaches. I feel a lot stronger and like my body is working properly for the first time in years. As my body had been so exhausted, I had developed pompholyx eczema about five years ago, which meant most of the time I had difficulty using my hands and often enough not being able to use them at all for anything, including washing and eating. This has been healing over the time I have been seeing Adam, this is something that I had struggled with for years and tried everything and did not expect to happen, I am quite confident and positive that this will clear up completely in the coming few weeks. I’m so pleased that I went to see Adam and very happy with the work he has done and the support that he has given me to get my life back, its great to feel like the old me again.”