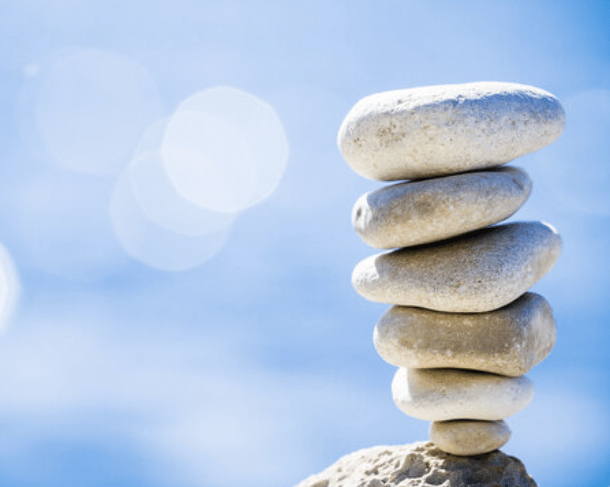 Every decade has its fads, with some coming and some going. Unfortunately, though, hypermobility core exercises seem to have maintained a strong foothold in the industry, with many health care providers continuing to perpetuate the myth of core stability. The reason I call it is a myth is simple because it is. When we hold up core stability to scrutiny it no longer stands up to the current body of evidence. You would think that this would be the end of a fad that first reared its ugly head back in late 1990, but you would be wrong. There are no shortages of blogs, articles, and videos, all blaming “weak cores” as the source of pain, especially in those with hypermobility.

Alas, the “core stability” myth, is probably one of the biggest, and in my humble opinion, most damaging myths still going. This is of course, despite the evidence to debunk it being published over a decade ago.

The term “core” is a poorly defined one at best, and many assumptions have been made over the years that the spin is weak and passive. One tissue that gets preached about above all else is core stability, which is the elusive “Transverse Abdominals (TVA)”. The TVA is the deepest of the abdominal muscles and while it does indeed play a part in spinal stability, it works together with other muscles (including the back) that make up the “core”. The involvement of these muscles can even change depending on the task at hand, and spinal stability is a product of many systems including bone, ligament, muscle, and most important of all, neural control.

Therefore, blaming one tissue in a complex system is just pure lunacy, as multiple studies done on this topic find that even with a damaged TVA, there is still no strong correlation to pain, showing us that there is still very little evidence that spinal stability plays a part in lower back pain. Pregnant women, for instance, go through huge body-wide changes during pregnancy including, some truly impressive abdominal wall elongation. But, even after 9 months of stretching the tissue, delivering a baby, waiting 8 weeks to regain pelvic stability and for the abdominal tissues to re-shorten, in what would be deemed terrible spinal instability, there is still little evidence that a weak core causes pain. Yet, many still, continue to religiously perform hypermobility core exercises due to fear. So, let’s take a look at some research to help debunk some of the reasons why people feel obligated.

Does a weak core cause pain?

One study looked at core stability and pain during pregnancy, and researchers studying the effects of the cognitive-behavioural approach, compared with standard physiotherapy, found some interesting results. During the study of 869 women after childbirth and during a period where the rectus abdominals had not re shortened, large amounts of relaxin hormone were present, and a woman would be deemed to have the most unstable core in her lifetime. This study provided some interesting results when it comes to hypermobility core training.

Of the 869 women in the study, 635 had to be dropped after making a sudden, unaided, and spontaneous recovery within the first week. Let’s read that again, whilst 635 women had what would be deemed the most unstable core that they would ever possess in their lifetime, they made complete recoveries from back pain. Likewise, many other studies help us put the nocebo that is core stability into the rearview mirror. One good example of this is when we look at breast reconstruction, during which, one side of the rectus abdominals is used in the reconstruction, ultimately leaving the patient with abdominal weakness. However, despite this, there is still no clear evidence linking this to back pain.

When it comes to our hypermobile core, most functions happen without any conscious control at all. When you lift your arms up, muscles like your transverse abdominal fire automatically beforehand. And through research, we find that it happens before you even lift your arm. In fact, it is because of this very reason that core stability was even born. Back in the late 90’s one extremely small study found that there was an ever so slight delay in the TVA activation of those with lower back pain. The TVA still contracted and with the same force, but there was a slight, tiny, delay. Now, is this a cause of the back pain, unlikely, more reasoning to state it was an effect of being in pain than anything else when we look at the evidence? However, certainly not enough evidence to bring nocebos such as weak cores into the world. There is also another issue, such as a study done showing no change in TVA timing in individuals with chronic lower back pain, so there is always that.

When we look at the cold hard truth of hypermobility core stability, why are those who are overweight, pregnant, or had recent postinaugural hernia repair surgery not in pain?

All factors listed above create core instability, being overweight places strain on the spine, pregnancy stretches out the abdominal wall, and Inaugural hernia repair can damage the TVA during surgery. If a weak core caused pain, then all these individuals should be in pain, but they are not. Certainly, some of these individuals will have pain, but we know pain is complex and caused by a multitude of different factors. After all, going to a job you hate is just as likely to be contributing factor to back pain than anything mechanical when we look at the data. But, when it comes to issues like pain in general, we have a long way to go.

By this, I mean that pain is somewhat of a blind spot for doctors. One such study found that doctors have a difficult time treating the most common types of pain, wherein they found 82% of graduates lacked basic competency in this area

So why do some people swear hypermobility core exercises work and why for some it does nothing?

As we mentioned before, pain is complex, and so is getting rid of it. And whilst a few studies do show that hypermobility core exercises can help with lower back pain, why don’t they work for everyone. What’s going on when we do core stability training?

Well, we have the release of endorphins from exercises, we have noxious inhibitory control, we have the lessening of movement-related fear as you believe you are fixing an unstable core, and a multitude of other factors across the Biopsychosocial spectrum. When we look at the data, specific core stability exercises do seem to work marginally better for pain than just any old randomly selected exercise, and that’s most likely from intervein psychosocial factors such as breaking down the fear of movement and guarding.

However, there is no shortage of people out there, that through no fault of their own, core stability exercises have just not helped. Again, pain is complex and isn’t about just fixing one tiny thing. There are multitudes of factors that contribute to the creation of pan. Likewise, those with hypermobility may not have a great sense of proprioception and may not perform the movement correctly leading to potential injury.

One issue I personally have with hypermobility rehab and indeed hypermobility core exercise is that’s they promote segmenting the hypermobile body and focusing on solely one area. Many of the clients we see in the studio all report the same systemic issues and the same treatment from health care professionals. They go for help with multiple dislocating joints, and at therapy, only one issue is addressed.

With Hypermobility rehab, these individuals need to relearn how to use the body as a unit again, and more of their rehab needs to lean toward the neurological side of things, not just joints and tissue. there is also the issue of these individuals being taught to brace and to contract their cores, which can lead to issues with the hypermobile pelvic floor.

In conclusion, are hypermobile core exercises a good idea?

Well, it depends on the context. If you are training it because you believe that it is weak, then I hope the information above has helped to allay any fears surrounding this. After all, there is no reason why those with hypermobility cant partake in hypermobility core training, however, bracing and repetitive movement likes crunches could possibly cause some issues with the pelvic floor.

A good reason to potentially partake in hypermobility core straining is if you enjoy it, any movements we enjoy are likely to benefit us, although a good hypermobility rehab programme should consist of good neurological, muscular, and psychological exercises. But, to feel conscripted when it comes to hypermobility core exercises is not needed. If you enjoy them do the, however, if not, then there are a million other things out there that would be just as good, if not better.

We here at The Fibro Guy personally like whole-body integration exercises, as they translate well from training to the real world, and help with making movement more autonomous. We have provided a video below going over some alternatives to hypermobility core exercises.

We hope you enjoy them!

Smith BE, Littlewood C, May S. An update of stabilisation exercises for low back pain: a systematic review with meta-analysis. BMC musculoskeletal disorders. 2014 Dec 1;15(1):416.

Want to see some of our hypermobility rehab success stories?

One of our favourite stories is that of ours is Courtney’s, you can watch it here.
Many more recovery stories can be found here.