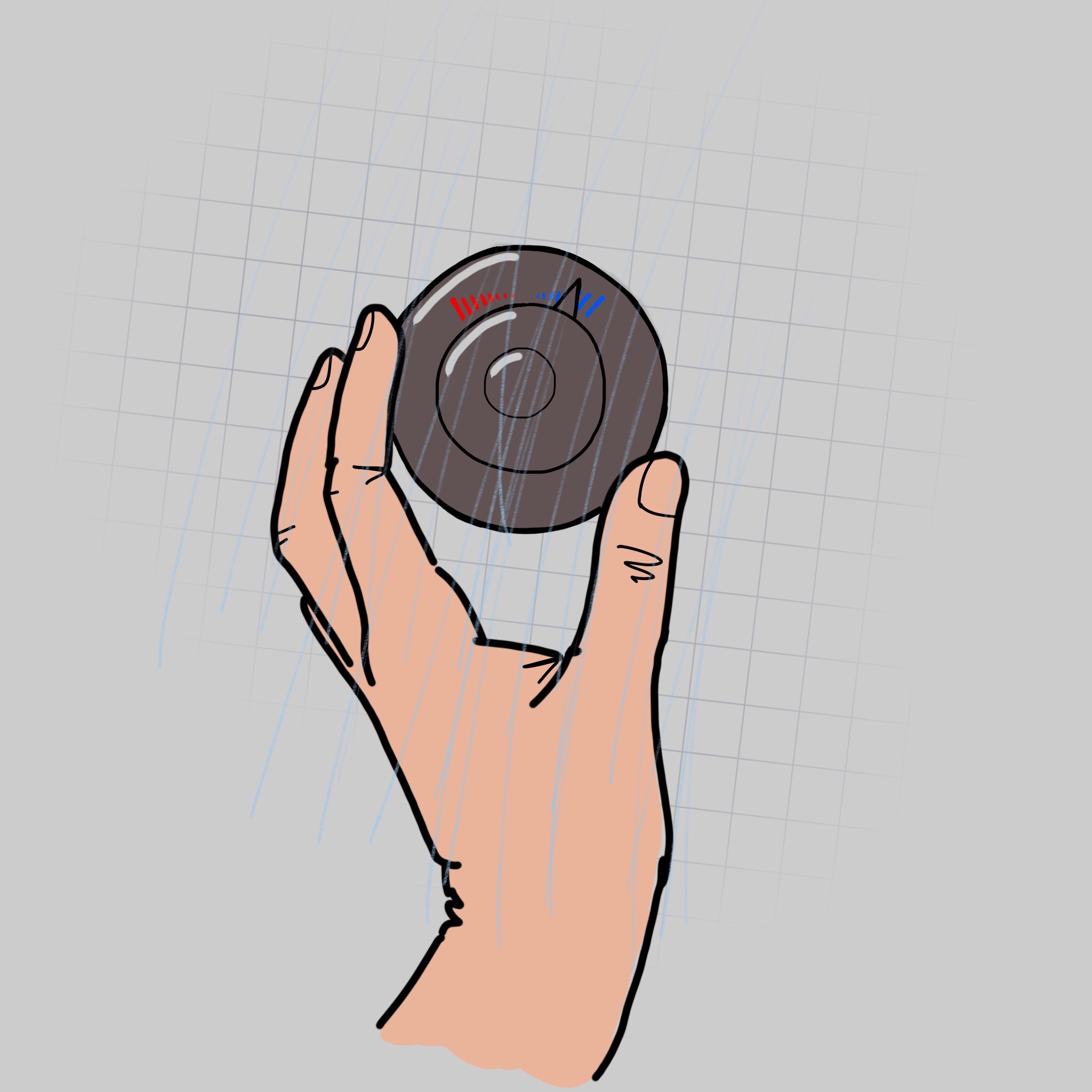 Are cold showers good for Fibromyalgia? This question is possibly in the top 10 questions that frequent my inbox, and truth be told, the answer is dependant on a lot of different factors. There are numerous blog posts about the benefits of cold water therapy for athletes, men wanting more testosterone, and even for those who are trying to beat depression in a nonpharmacological way. However, despite the abundance of information on the internet about cold showers, you will come up short when searching for an answer to: Are cold showers good for fibromyalgia?

I’ll make you deal here and now, I won’t make any crazy claims about how magical cold showers are for Fibromyalgia, without having the research to say for certain, and if I do share some of my own personal views and thoughts behind the question “Are cold showers good for fibromyalgia?” then I’ll let you know beforehand that these are my views, and views based on a decade long career of helping people facilitate recoveries from fibromyalgia.

I shall assume you are ferociously nodding your head right now, good then, let us get on with the post.

Cold water therapy has been written about a lot, and I really do mean a lot. You can find cold showering blog posts on pretty much every single health website going these days. I myself could find, and send you, at least 30 articles about the benefits of cold showers within 5 minutes of waking from a drunken stupor!

Contained within the abundance of cold showering articles, you will find a plethora of absolutely amazing benefits gained, if you would only just get into that freezing cold shower at 4;30am. However, there is but one problem with these kinds of articles: most, if not all, don’t really have any real science behind them. I mean sure, there are always problems with scientific research, from not enough participants in the study to the researches own conflict of interests and individual bias, but some of the claims out there are based on literally 0 evidence, and that my friends, is what I have a problem with.

There are many claims that cold showers will help with a lot of things, most annoyingly, its the claim of boosting the immune system that gets most of the limelight. We do have multiple studies that show an increase of cortisol, norepinephrine and such that does come with the physiological response to cold showering. However, these studies also show us that there is little to nothing in the way of immune modulation.

With this being an area of science that is seriously lacking in randomized controlled trials, there are huge amounts of evidence missing to hold up this supercharging of the immune system claim. This is, however, one of the most common claims cited on cold shower blogs, despite the fact, there is no evidence to suggest that this is even the case. One study that is often used to argue that the immune functions can be improved by cold showers is a 2015 study on Dutchmen. In this study, it was found that the 13 men practising the popular Wim Hoff method were able to control their immune system to such an extent, that their anti-inflammatory mediators were 200% higher, and pro-inflammatory mediators 50% lower than normal. However, there are issues with this study. The Wim Hoff practitioners had been using 3 separate training techniques: meditation, exposure to cold, and breathing techniques, so this automatically puts extra variables into this study as to which one contributes to the boosted immune function. The researchers hypothesize that by generating a stress-induced analgesic response in periaqueductal grey matter, the Wim Hof Method may promote the spontaneous release of opioids and cannabinoids in the brain. This effect has the potential to create a feeling of well-being, boosted immunity, mood control and reduced anxiety. So, a much better way to rephrase this claim would be to say that there is no real evidence to support cold showers help to boost the immune system, but the Wim Hoff method could, potentially.

The Problem you face

Now, the problem that we face with Fibromyalgia and cold showers, is the fact that people diagnosed with Fibromyalgia, at least, for the most part, have a completely different physiological response to cold. In May 2019, whilst researchers were looking for an aetiology to Fibromyalgia in the form of biomarkers, they noticed that when exposed to cold, those with Fibromyalgia had a much smaller sympathetic nervous system response than those in the healthy control group. For most, this is somewhat of a surprise, as people generally associate Fibromyalgia with a heightened sympathetic response. So, straight off the bat, we know that people diagnosed with Fibromyalgia are going to have a different physiological response to cold showers than your average Jane doe. So, this is where we have to do a bit of research into chronic pain and cold water and believe me, there is almost nothing except a few small-scale studies published in some of the more obscure academic journals

It’s no secret to anyone diagnosed with the label Fibromyalgia, that accompanying the constant daily pain is a rapid decline in cognitive function or what’s known in the Fibro world as “Fibro Fog”.  No-one really knows for sure what causes “Fibro Fog” or why it only affects some who are diagnosed. However, as this is a known side effect of commonly prescribed set of Gabba drugs used to treat those in pain with Fibromyalgia, its more than likely safe to say that’s its probably a combined effort of drug side effects and psychosocial factors that arise as a direct result of constantly producing pain every day. As far as cold showers go for Fibromyalgia, well there is actually some research that could possibly back up the statement that cold showers can help boost your cognition or at least blow away the fibro fog, and lower pain levels.

Cold showering stimulates a body and brain-wide protective response, ensuring sufficient amounts of beta-endorphin and noradrenaline (and lots more) are released into the system quickly. This array of feel-good and analgesic chemicals helps to suppress pain and makes us feel very alert, at least for a short while.

A treatment named Cryotherapy has been extensively tested as a possible treatment for Fibromyalgia and has been under research for nearly forty years!
Researchers have tested this cold therapy treatment in people diagnosed with Fibromyalgia as well as rheumatoid arthritis, osteoarthritis, chronic low back pain and various other chronic pain conditions. When these people spent two and a half minutes in the cold cabin, they rated a significant decrease in their pain symptoms afterwards. Some people found the effect didn’t last long (about 90 minutes) but many found an ongoing improvement over time.

There is also a small amount of evidence to suggest that perhaps the increased uptake in oxygen, due to your giant panicked breaths whilst cold showering, may help to remove excess levels of Co2 allowing you to be more focused, although the science on this last bit is a bit lacking. So, can cold showering help reduce Fibro Fog and lift fatigue for a while?  The evidence would say yes.

A potentially positive side effect

There are numerous claims that cold showers have an anti-depressant effect, however, as we have seen from earlier, empirical evidence is hard to find these days. Exposure to cold is known to activate the sympathetic nervous system and increase the blood level of beta-endorphin and noradrenaline and to increase the synaptic release of noradrenaline in the brain as well. Additionally, due to the high density of cold receptors in the skin, a cold shower is expected to send an overwhelming amount of electrical impulses from peripheral nerve endings to the brain, which could result in an anti-depressive effect. However, it is important to realise that studies such as this one were all conducted on those who were not diagnosed with clinical depression. And whilst the evidence does suggest that cold showers do have a mood-enhancing effect, it has not been established in those with clinical depression. The therapy was also found to have a significant analgesic effect and it does not appear to have noticeable side effects or cause dependence.

Why I would recommend them

That pretty much sums up the research done into Fibromyalgia and cold showers, you see now how I wasn’t joking that this isn’t an area that’s been studied a lot! I do feel, however, that over the last decade helping to facilitate recoveries from chronic pain, I have earned my right to explain why I would suggest people with Fibromyalgia should cold shower.

Around three years ago I began to tell potential clients to cold shower for seven days after their initial consultation. Many people did not come back because of this. They simply were not ready to expose themselves to that level of stress or change, but the ones that did have gone on to do incredible things and have completely changed their lives. A common thing I hear is “just showering takes it out of me for the rest of the day” and this will be true, but this is probably due to the warm temperature of the water. Cold-water is entirely different, however. You should expect to get out of the shower with more energy than when you got in, refreshed and holding a certain level of accomplishment that you didn’t previously hold that morning.  This is your first step and it’s an important one. Many have done it before you and many will do it after you. The first step is the hardest.

I’ve covered the tricky science and bogus claims around cold showers, and I’ve even shown you how it may be different for those labelled with Fibromyalgia. In my personal opinion, I think its a good move, as I’ve mentioned in my 4 points above. What’s left now though, is for you to figure out if its something you want to try. Hey, it may do nothing for you, but what if it does? What if something that comes out of your showerhead could drastically improve your situation and you could utilise it as much as you like as it in your bathroom?

Well……isn’t that food for thought?

Until next time my friends, take care,
Adam

*Before you dive headfirst into cold showering it’s always important to assess your individual situation and to consult your GP. If you have a pre-existing heart problem or a lung condition, then it would be worth skipping the cold showers or at least introducing them in a very graded manner*

*Tips for those that want to give it ago* 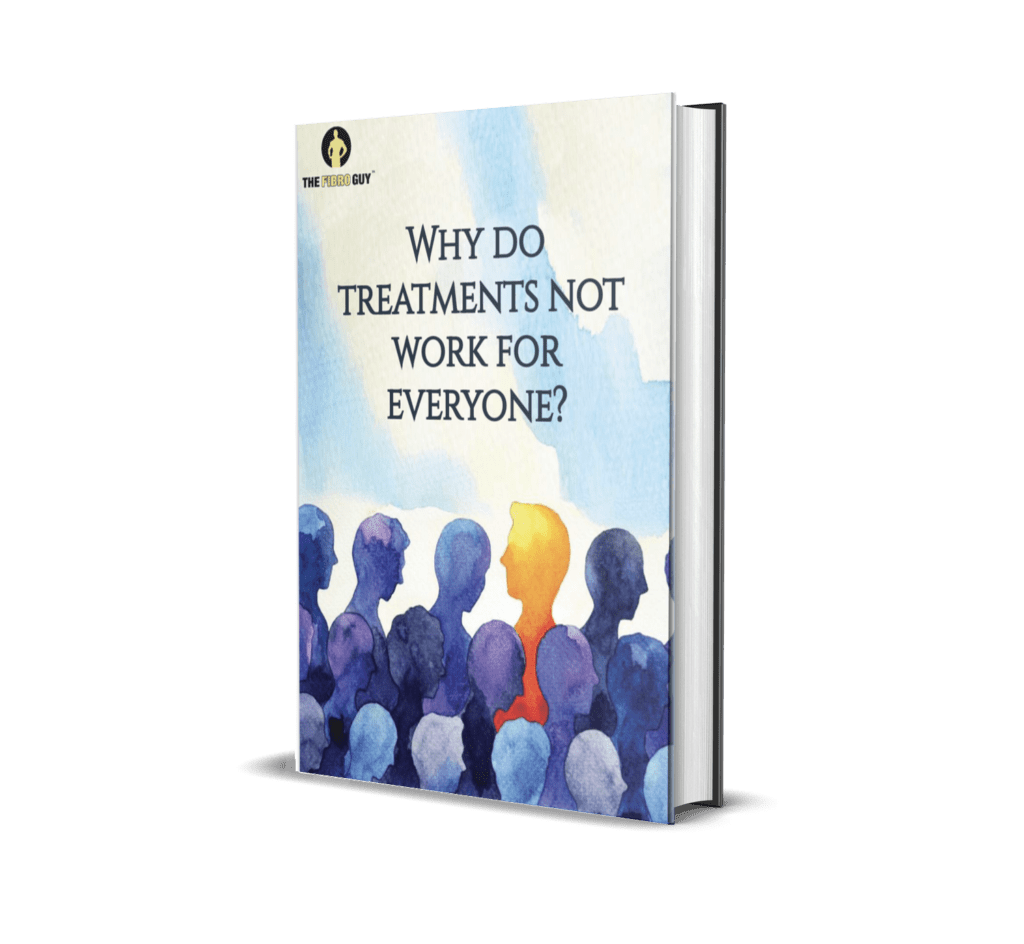 Are you sick of trying treatment after treatment, only for it to fail…again?

Download your free Ebook to understand why recovery has been so hard for you and why it doesn’t need to be!

4 Replies to “Are cold showers good for fibromyalgia?”